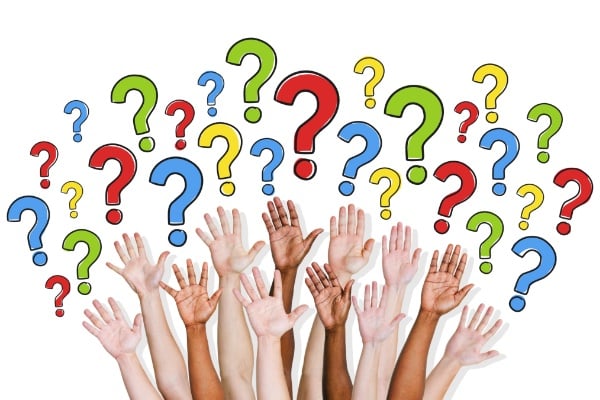 In the workplace, unconscious bias is a significant issue that influences hiring, pay, socializing on teams, job security, and promotions. Companies need to understand unconscious bias and agree on how to prevent the discriminatory practices that stem from it.

Through group discussions and self-reflection, employees can work toward inclusion and diversity. This can affirm a positive, inviting work environment, reach a larger group of talent for hiring, reduce turnover rate, and increase productivity.

What Is Unconscious Bias?

Everyone develops unintended people preferences; these preferences are referred to as unconscious biases and stem from the tendency to categorize people into social stereotypes unintentionally.

Biases affect every aspect of how humans live their life, including how they choose friends, where they work, who they like and dislike, and how they treat other people. Without knowing it, these unconscious bias causes people to discriminate against others and treat people who are different from them unfairly.

Certain groups or even society as a whole can share an implicit bias. The source of preferences can vary but is often associated with historical prejudices such as racism or gender discrimination. For a deeper understanding, you can also visit this resource. 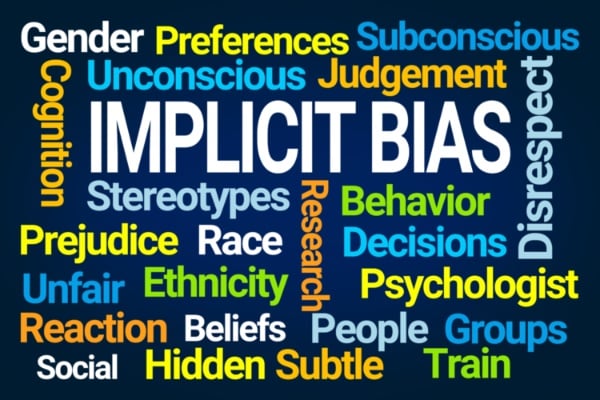 What Can Be Done?

It is possible to decrease the effects of this phenomenon through unconscious bias training. In this type of training, techniques are used to identify prejudicial thoughts and modify thinking to reduce prejudicial practices.

Awareness is a key element of training, and being aware of a bias can transform viewpoints and behaviors.

Biases are learned assumptions about people that develop from various sources. Many are visual and come from appearance, while others are derived from a person’s beliefs, behaviors, financial means, or social background.

What Are Unconscious Bias Examples?

There are many types of implicit biases, all caused by different factors. Below are common factors about a person that influences various types of unconscious biases. These factors can lead people to have preconceived notions about a person that may or may not be true.  Some examples include:

Examples of Unconscious Bias in Action

In the workplace, implicit bias can significantly influence people’s decisions regarding every aspect of the business and its employees. Certain groups face different challenges based on the bias of their manager or their company as a whole. We do know that these biases affect the workplace, and let’s dive into those issues below:

Companies and managers unconsciously favor job candidates and employees based on bias, often regardless of experience or job performance.

They could choose a job candidate because they went to the same college or are from the same city. A fit employee could have better opportunities for promotion or higher earning potential because their manager has an implicit bias that the employee looks more professional than an overweight team member.

Ageism is also a prominent bias in the workplace. Companies and managers may overlook experience and seniority for learned assumptions that older employees are slower and worse with technology than younger staff members.  The World Health Organization has some further details on the problems associated with ageism.

Teams at work and social activities outside of work are often divided by gender. Around the world, it is more common for women to be in support rather than leadership roles.

A company or supervisor’s unconscious bias toward the temperament or appearance of a woman could significantly affect her chances for upward mobility.

How Do You Address An Unconscious Bias?

With so many variables that affect the biases a person holds, addressing the cause, developing prevention methods, and training against it can be extremely difficult.

Over time, awareness, concern, and practice can improve the real-world effects of someone’s unconscious bias. A perpetrator of bias must have a willingness to learn, explore, and share with others for bias training to be successful.

How to Get Started with Improving Biases

Start by identifying biases and think of examples in the past when a bias may have influenced a decision. Be mindful of other people’s perspectives and listen with a goal of understanding. Expanding social connections is also an effective method for diminishing learned stereotypes and improving open-mindedness.

For workplaces and individuals alike, forming a discussion guide to address unconscious bias in a group can be highly effective. But how do you lead a discussion on unconscious bias? Start by considering how each person forms their opinions of people and share insights with your team.

It is simple to see biases in others but difficult to see them in yourself. A conversation can help people identify their prejudice and accept another person’s perspective.

The following questions are aimed to help participants understand a connection in a shared bias or discuss differences in a non-confrontational, respectful manner. Then, talk about their findings with their team and listen to other people’s experiences.

Going into the group conversation with positive intent and reflecting on personal shortcomings will allow you to get more out of the questions.

Reviewing a Discussion on Unconscious Bias

While building awareness is the main goal of the discussion guide, review suggestions from the conversations to help continue the dialogue and implement real changes. Discuss how awareness gives employees the power to explore how bias impacts their decisions and interactions and work and in society.

These conversations will affect people differently. While some of the team may be ready to engage in measures to fight their implicit biases, others will need time to understand that their biases exist before working to combat them. As companies start to encourage unconscious bias training and a message of awareness and inclusion, diversity can occur naturally, and discrimination in the workplace can be a thing of the past.

Mrs. Fuentes-Salazar is Senior Human Resources Executive with more than 17 years experience in various corporate environments. An attorney, she is a member of SHRM and has attained the esteemed SHRM-SCP (Senior Certified Professional designation.