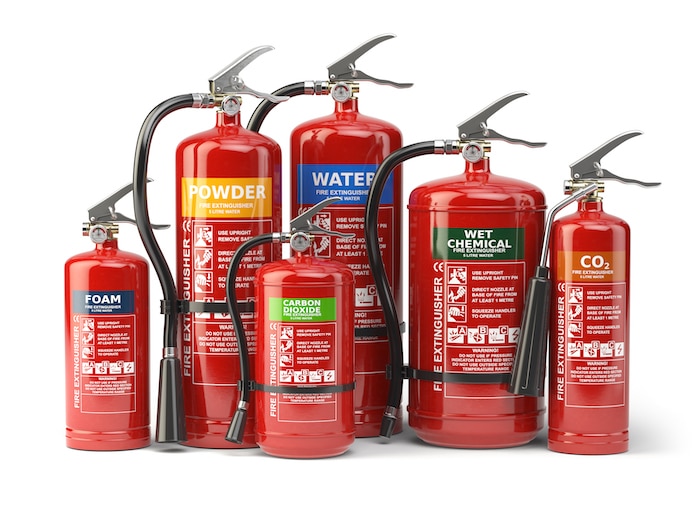 Why Are There Different Types of Fire Extinguishers?

From electrical fires to flammable liquids, every fire starts with a spark. That spark is caused by various means and, therefore, must be treated accordingly. A fire extinguishing agent must be properly selected to handle the fire.

For example, fires involving flammable liquids should never be exposed to water. In those cases, water may spread the fire instead of extinguishing it. The purpose of the different types of fire extinguishers is to put out various types of fire.

What Are the Different Fire Extinguishers Used For?

Just as there are water mist extinguishers, there are also powder extinguishers and carbon dioxide extinguishers. Knowing the different classes of fire can help you select the right equipment to handle the situation without causing a chemical reaction. 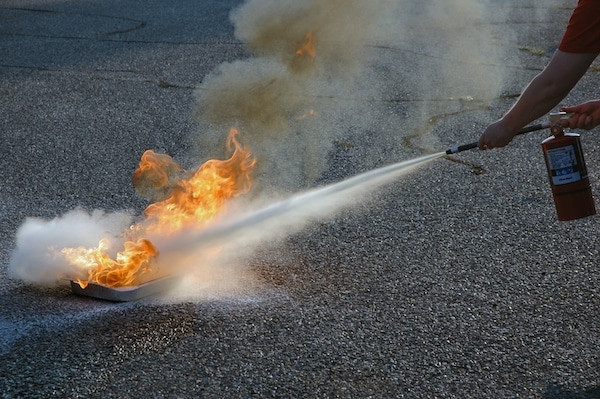 This class includes paper, cloth, and wood. Other flammable solids include rubber and plastics. This class is common because of the burning materials being found in most places, especially in homes. Class A fires can start if you leave candles unattended, lean too far over an open flame, or experience a lightning strike in a dry area.

Class A fires can be handled with the appropriate extinguisher, which will prevent re-ignition involving these ordinary combustible materials.

The best way to handle Class B fires caused by a flammable gas or combustible liquid is to smother it, cutting off all oxygen so that the flames die down.

Electrical appliances can cause Class C fires to erupt. Any device that can conduct electricity may create this type of situation. Do not use water spray or wetting agents in these types of fires. Class C fires involving electrical equipment are best combated by first disconnecting the device from the power source.

Cooking appliances can easily cause kitchen fires with one spark, so be cautious when using them.

Combustible metals like magnesium and aluminum can cause Class D fires. Using any extinguisher other than one with a Class D fire rating can worsen the flames, increasing the severity of the situation. Class D fires are difficult to start, but they can easily get out of hand once they begin.

Fires involving metals must be smothered with a dry substance to prevent further reactions.

Fires involving cooking oils or animal oils are classified as Class K fires in the U.S. (and Class F fires in Europe and Australia) and occur most commonly in the kitchen. Combustible cooking media like grease and oil cause kitchen fires when temperatures get too high. When dealing with burning oil, it’s important to avoid adding water, as it can spread the flames further.

When cooking oils or vegetable oils have caught fire, the proper extinguisher must be used to prevent further harm.

What are the 7 types of fire extinguishers? 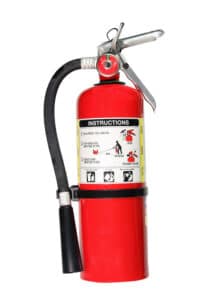 For every fire, there is a fire extinguisher. Each fire reacts differently based on the cause, meaning that some extinguishers are ineffective or harmful in certain scenarios. The type of fire you are dealing with dictates which fire extinguisher to use.

From combustible liquids to energized electrical equipment, using the right extinguisher, with regular and proper training, will ensure that the problem goes away.

As the primary liquid used in fire extinguishers, water spray is the most common for putting out Class A fires. A water fire extinguisher cannot be used in freezing conditions unless the container specifically states it is mixed with antifreeze or is designed for cold temperatures.

Water fire extinguishers should never be used on fires involving cooking oils as they can cause the flames to spread and worsen. A water extinguisher is almost exclusively designed for Class A fires.

The difference between water spray and water mist extinguishers is the fine spray of droplets from the latter. Those droplets are distilled and designed to be used on fires where a stream of water could be hazardous or harmful, such as in museums, libraries, or operating rooms.

This type of fire extinguisher is specially designed and was primarily intended for Class A types caused by solid combustibles. The extinguishing agent douses the flames and puts them out before they can worsen.

Use wet chemical extinguishers to prevent shock hazards from affecting the operator.

This type of fire extinguisher absorbs moisture by caking it in the base agent. Out of all the classes of fire, a Class B fire is the best scenario for this extinguisher. Because of the coating feature, a Class B situation cannot penetrate the surface and so the flames die out.

However, more extensive liquid fires may need to have the agent distributed under the surface to prevent further spread.

The foam used to quell the flames is not suitable for home kitchens, so seek other options before using it to put out a fire.

For Class D, it’s best to use powder extinguishers to smother the flames. This agent comes in both extinguishers and scoops for both automatic and manual applications. One of the quickest and easiest agents for this type of situation is sand because the flames will not react to it and eventually die out.

While safer to use on electrical equipment than water mist, be warned that increasing the carbon dioxide levels reduces the oxygen levels in the air, so exercise caution when using it in confined spaces.

No matter what the cause of the flames, be it wood, oil, or electrical equipment, there is a specially designed extinguisher to stop the spread of it. Knowing the differences between types of fire classifications and the extinguishers that go with them is crucial to putting out a fire before it takes a turn for the worst. Also, regardless of the type of fire extinguisher you are using, it’s critical to make sure that they are inspected on a regular basis.

While before you may have wondered “What are the different types of fire extinguishers and what are they used for?” we hope you’ve found all the answers you were looking for. Remember that if a fire gets out of control you can always call emergency services to handle it for you.